Mother Nature has been on a roll. Super Moons, fiery sunsets, lightning. You name it, she’s been throwing out the works lately.

The super moon was well..super. Congratulations to whoever came up with the name Super Moon. Job well done. Sure, Super Moon, sounds as if it should be running around dark alleys, rescuing old ladies from purse snatchers and generally giving miscreants some well deserved ass kickings but nevertheless super it was. I did not however see it’s sidekick, Mediocre Meteor, who sadly burned up in the atmosphere causing a ruckus over in Scotland where screams of “We’re being invaded, Laddie!”  were heard from glen to glen and down the mountain side.

Did you know  that last December a guy accidentally drove his Mustang off a 100 foot cliff while watching a meteor shower. Yes, he did. And then he walked away.

Foolishness comes with it’s own airbags.

But I digress, anyway there’s this Super Moon, complete with cape. People, all over the world, gathered to see it and take photos and generally have a good time. As per usual when anything interesting is happening in the sky, Mother Nature in her infinite wisdom covered our area in clouds. I’m starting to think the big M doesn’t much like Illinois.

She did however like Northern New York, where I took this photo in 2005. It was taken with an old digital but it is pretty, no. (That last sentence sounds better if you read it with a french accent.)

The sky was on fire!

But this is what I saw of the Super Moon. 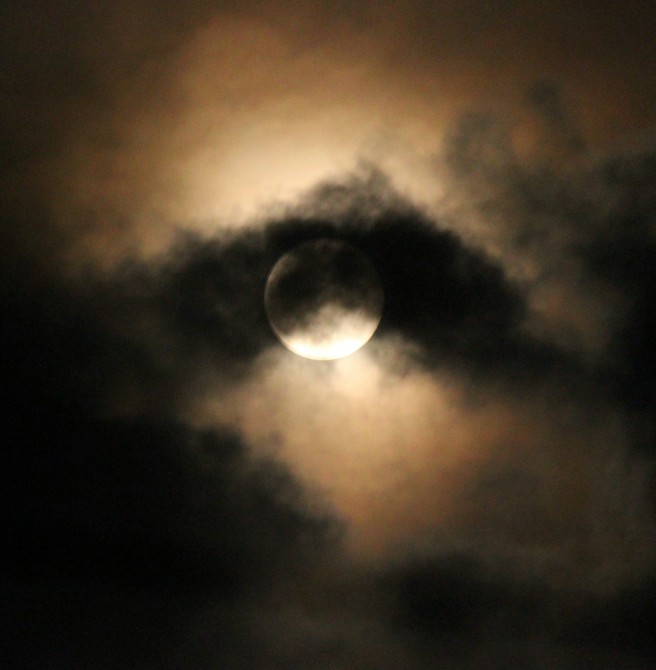 BUT! I fooled her, yes I fooled Mother Nature. Friday night, when the Moon was still quite close to the earth, not a Super Moon but a somewhat impressive moon, it was beautifully clear and I went outside with my camera to play with some filters.

This is a blue filter.

This is a sepia filter. 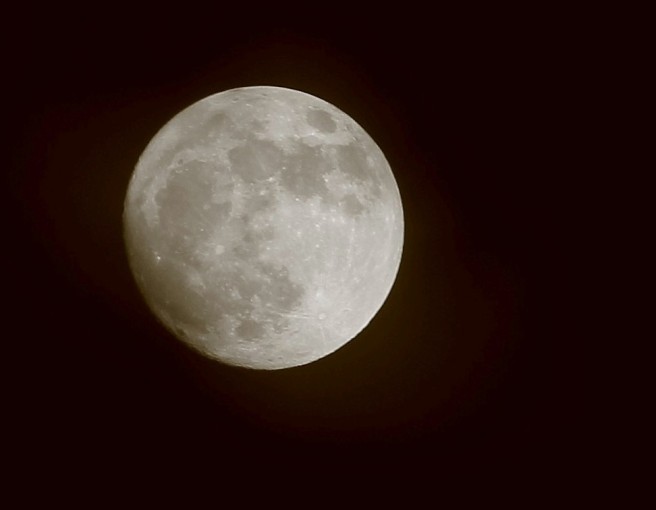 And this is a Canadian filter. 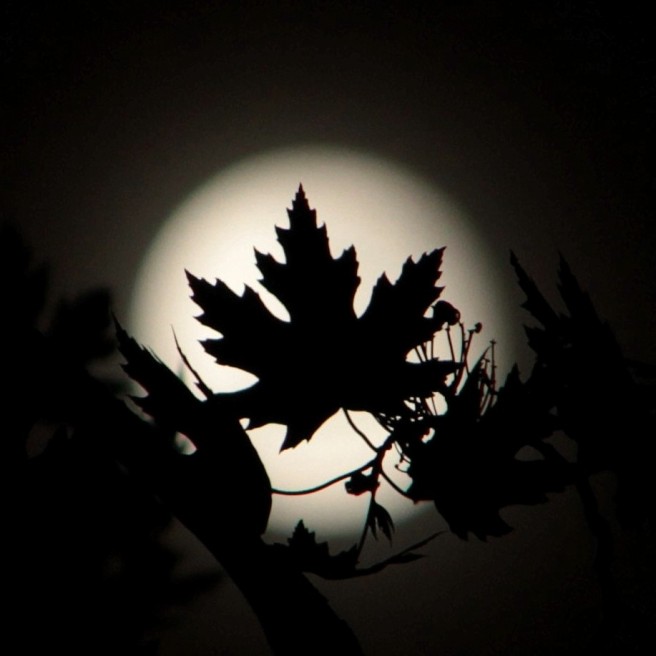 That was all fun and good but then a thunder storm came so I decided to try and take some lightning photos.

Ooooh. Right to the ground…. 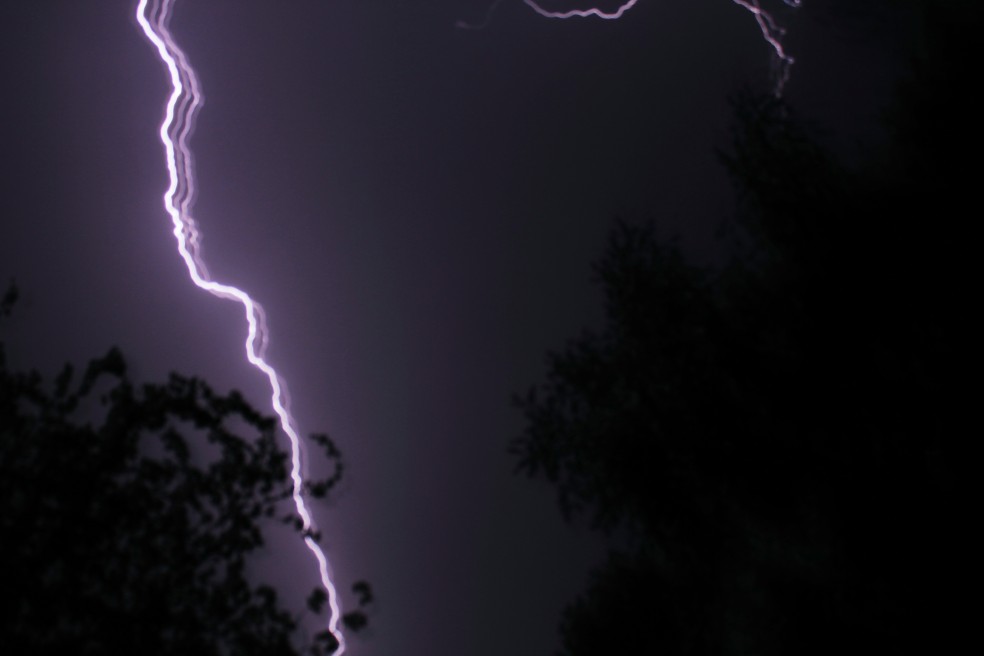 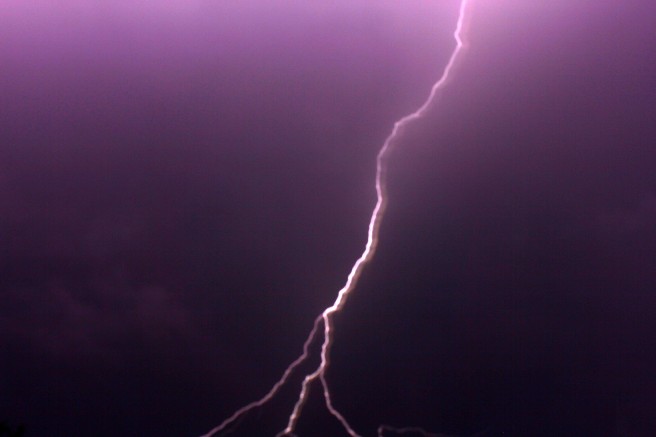 Time to try my new tripod.

Did I mention that I finally bought a tripod?

Yup, I did and it’s metal and I tried it out in a thunder storm.

Mother Nature is  a mite touchy.

And for the record, do not try that at home!

Other then some shakiness, a killer headache and a ringing in my ears which I successfully drowned out listening to Def Leppard really loud, I’m fine.

I decided to take a break from the photo thing and paint this acrylic which is 3×6 and was painted for a challenge in the Miniature Forum on Wetcanvas. The original photo came from Wetcanvas’ reference image library and thanks to PeterH for putting it there.