Dummy has been a bit miffed since Christmas. You would think after all we’ve been through together he wouldn’t mind having a felt Santa hat stuck to his head. Sure it took a few weeks of having towels soaked in lemon oil wrapped on his head to get the glue off but still, what’s a little glue between friends. Besides he now has a lovely lemon oil sheen to him, he should thank me!

Nevertheless, I decided to really go for a nice photo outdoor photo spread to make him happy. Unfortunately Mother Nature is intent on making my backyard look as creepy as possible.. 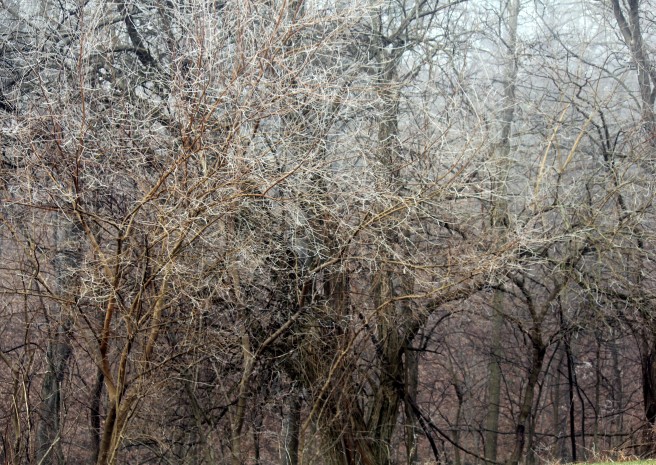 Fog and frost, brrrrr.  Doesn’t it look like a zombie or a rabid yeti is about to come stumbling out?

It was an odd  frost too. It was coming off in strings and floating to the ground. 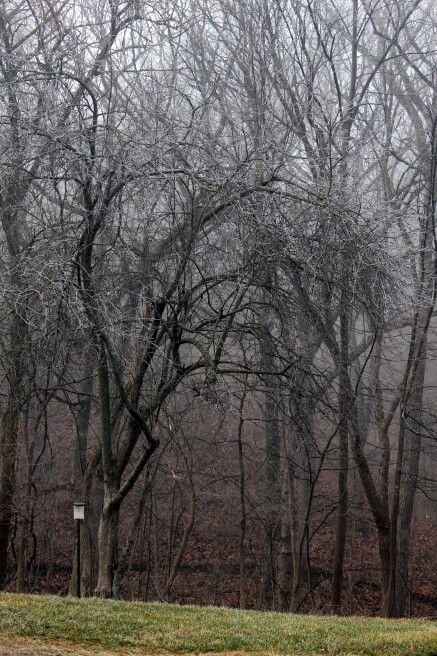 We had to take photos inside, however I needed a light tent. A light tent is basically a small white tent  that disperses light making small objects look clearer.  I’m not a professional photographer so I didn’t want to spend a tonne of money on one. I decided to make one. I looked up several tutorials on YouTube, finally found one that seemed fairly simple. It was only about five minutes long though it was sped up a bit and this guy made a working light tent with a cardboard box, glue, some poster board and white T-shirts. I thought “Great! I’m an intelligent woman, I can figure this out, should take me fifteen minutes at the most.”

Four hours later with tape in my hair and glue on my shirt awash in a sea of cardboard shavings I finally finished.

Dummy inspected the box, made a few ho hums and decided he needed to get into a little set design. He couldn’t fool me, he was happy.  I have been trying my hand at making some jewelry in the last week and he went hog wild among the beads. 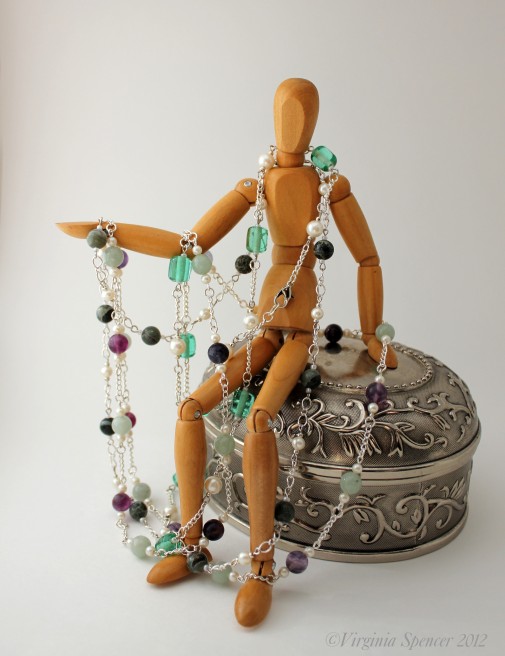 He is so vain.