But it is National Flashlight Day!!!!

That’s right. A holiday everyone can celebrate because who doesn’t appreciate a good flashlight, besides the candle lobbyists that is. But ignore them, they’re full of hot wax.

And now for a little Christmas music. ..

Now I’m sure everyone is just sick to death of the Mayans and the end of the world hype. But you have to admit it made for some interesting TV viewing. People were stockpiling and hoarding and doing all sorts of thing. I’m not sure why you would stockpile for the end of the world, if it’s the end of the world all stockpiling does is give you more stuff that’ll blow up. We even saw a show on people who were preparing for a Zombie Apocalypse. At one point during that show one of the “experts” said that we all need to be prepared for the next time a Zombie Apocalypse happens. Which begs the question..

When did the last one happen?

But sad to say even in our household we had certain people who just went too far with the whole Mayan thing..

Oh seriously, Dummy!! Put those candles away and get a flashlight!

Meanwhile we had a pretty good snow storm. They said it was a blizzard and named it Draco. Yes, they did. I’m not sure what meteorology has come to but they all seem to be enjoying themselves a bit too much.

It made for some pretty pictures though. There was snow on my windowpane.. 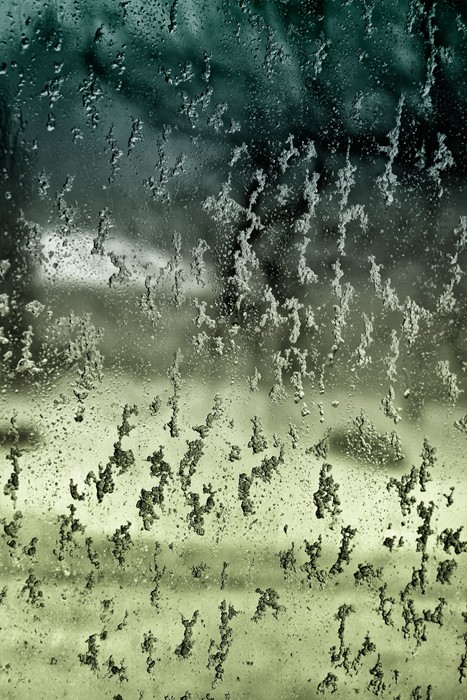 And this lone tree had to get all overly dramatic. All the other trees only had snow on their windward sides but this guy went all crazy and has snow on his windward and leeward sides. Quite odd really.

I hope everyone has a wonderful day!

And to my husband a very Happy Anniversary!! xoxo

There was a very autumnal sunrise this morning.