We’ve had a busy year in our gardens for insects. The insect world is an interesting one.

I don’t quite know what to make of whatever this bee is doing.

Is he fighting with that bug? Is he eating it? Do bees eat bugs? 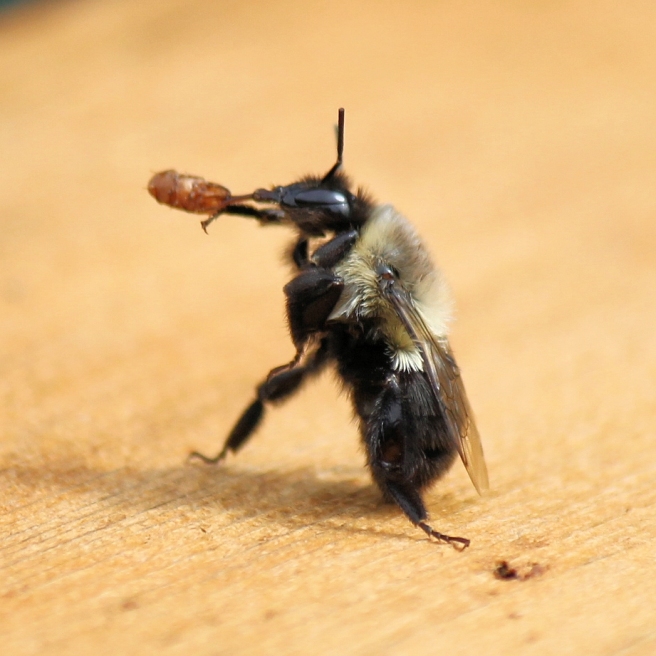 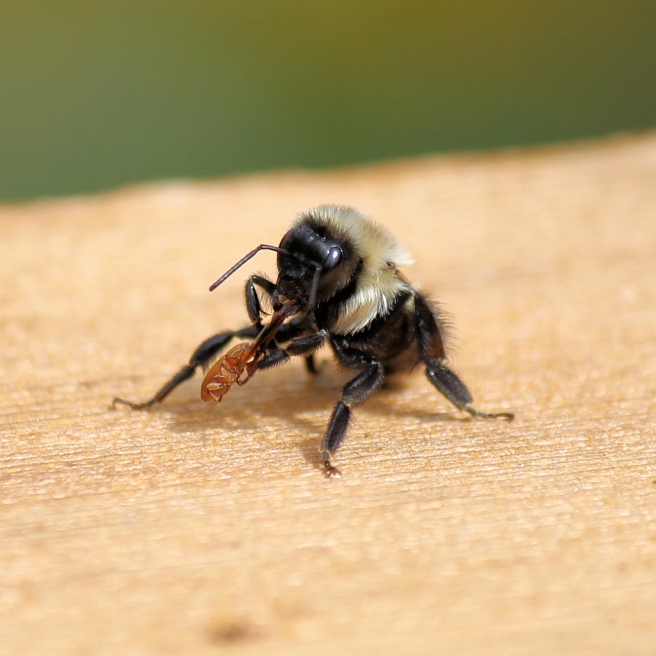 I have no idea but this butterfly watched the whole thing and kept getting closer and closer until the bee buzzed at it.

I watched until the bee flew away with the creeper butterfly in tow. It was rather disconcerting and a bit gross so here’s a cute bee on a pretty flower to wash that taste out. 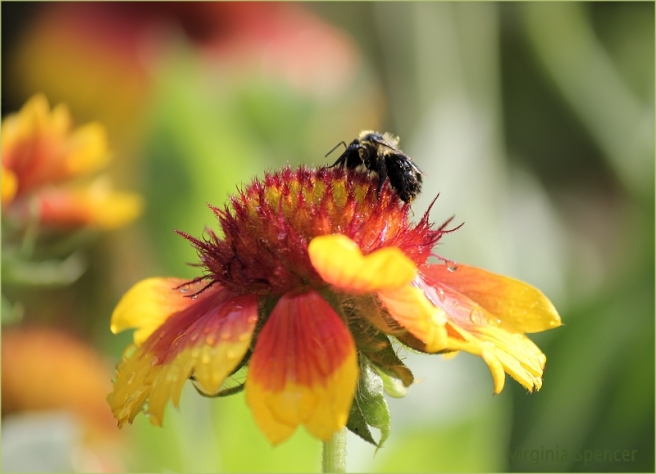 Then there’s the mason bee, they come in varying colors. This one is wearing a sassy blue metallic coat that she picked up at the recent New York Fashion week.

The bees and the wasps were all enjoying the  various flowers and hummingbird feeders. The hummingbirds kept a wary eye…

..while Dummy hung out on a mushroom.

I wonder if he knows that he has a thread stuck in his neck joint.

I guess I’ll go tell him, if I can find him. He’s never around when I want him.

Here’s 4×6 pen and ink with watercolor of a Greenman. Thanks to graymare on WetCanvas for putting the photo in the Reference Image Library there. 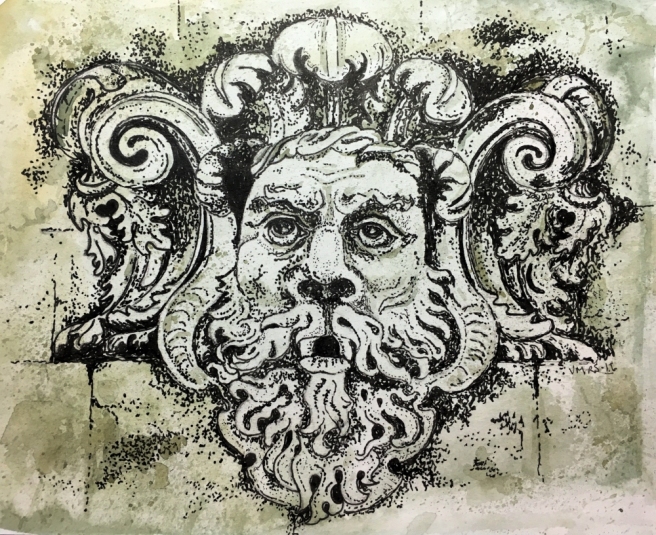