I love billboards.  Fortunately South Dakota has many of them.

And I say fortunately because the majority of South Dakota is prairie grasslands. Sure it’s lovely for the first couple of hundred miles but after awhile the Eastern part of me starts to wondering. Where are the trees? I like trees. They’re pretty, they provide shade and if an uncivil UFO bent on world domination came down or Godzilla woke up and wanted to graze in the grasslands or even worse an  uncivil UFO bent on world domination carrying a grass grazing Godzilla came down, then you can hide behind a tree.

Unless you’re in the prairies.

Then you are out of luck.

Sure there’s a few trees here and there and you could technically hide behind one but it would be a bit obvious. Because all your neighbors would be hiding behind the tree too.

The head alien would say to his lieutenant “Where are all the people?”

And the lieutenant would reply “Behind that tree, sir.”

And the head alien would ask “Is that a tree or a bush?”

And Godzilla would say “Grrrr.”

So I like billboards because they distract me from thinking about being eaten alive in the prairies.

(By the way I took all of these photos while in a 75 mph zone. So please excuse any fuzziness. I would have slowed down but the prairies kind of freak me out.)

So get comfy, pull up a chair, pour yourself a glass of Red Ass wine and I’ll share them with you. 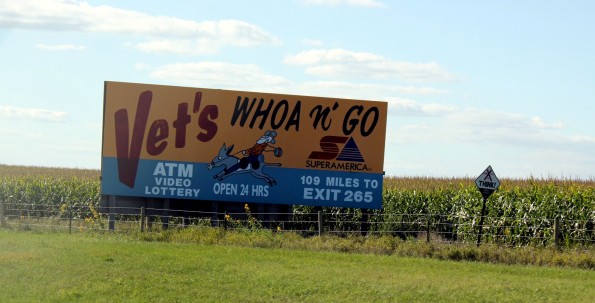 The Reptile Gardens, had dozens of billboards. These are a few of my favorites.

Old styling font, great colors against a beautiful scene. What’s not to like.

I like the outright threatening message on this one..

Especially since the next one is this cutesy train. Talk about mixed messages.

The cows don’t seem to mind a train carrying various reptiles and a goose for some reason (I’m thinking it must have been bring your own lunch) being driven by a turtle running through their pasture. Odd. You would think cows would mind that sort of thing.

Not fond of reptiles? You could go to the Taxidermy Exhibit.

Yes, you too can see dead stuffed animals “in action”. 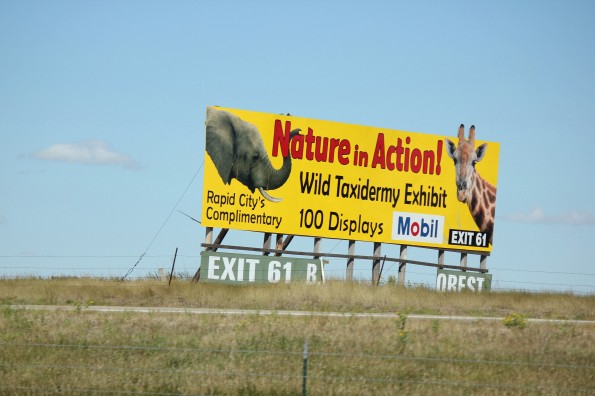 Speaking of dead animals. Are you wearing any fur?

Hungry yet? How about an appealing little hotdog named “Senor Wiener”..

C’mon you know you want him..

No? How about a walleye burger? or a buffalo burger? Anyone?

Or you could get a pop for 10 cents. Though truth be told after all that prairie I was more excited about seeing a river. I am an excellent swimmer. I could hide from UFO’s and/or Godzilla in a river.

Not too many though, that sign is fuzzy enough.. 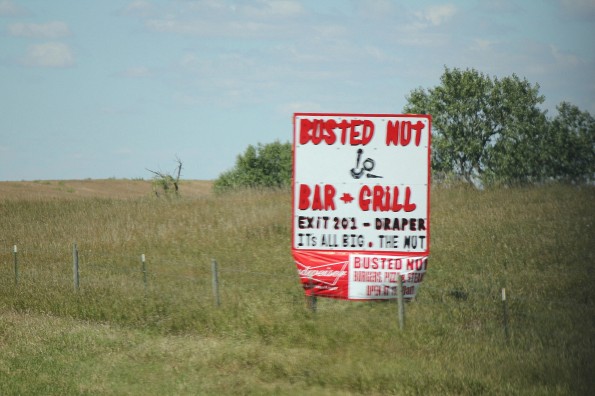 If we can’t drive we could always get a “toe” 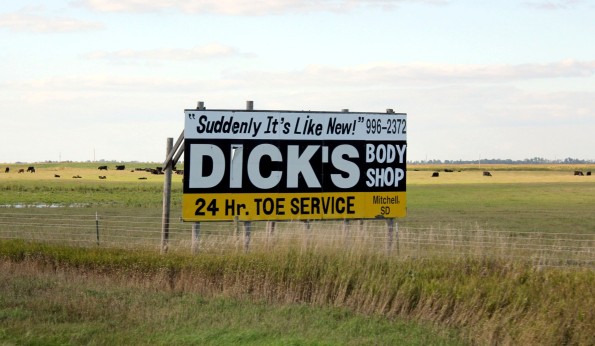 Might need one since I refused to be bullied into buying gas.. 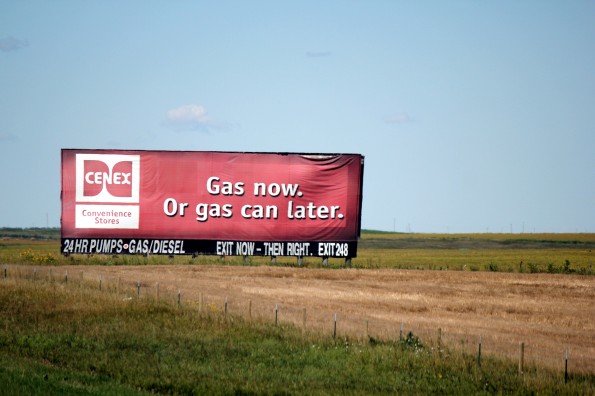 Ahh, that’s better. Short and to the point.

Too bad the sign is pointing an at an dilapidated barn and there’s nothing else in sight. Including an exit.

We can always walk. 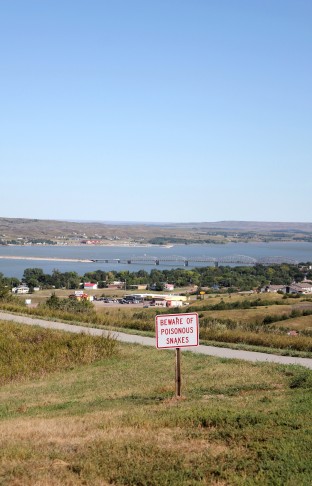 We could stop for the night…

This hotel sounds good, especially if you’re a mass murderer and your victims scream a lot.

(Note to my single friends, do NOT date anyone who makes reservations at this place.)

Not tired? Well let’s shop then.

How about we go buy some rocks. No not the diamond kind, just regular old rocks..

in a ghost town. A ghost town with a rock shop. And a gas station. And a grocery store. And people…

Especially since it was free.

Yes! You too can see prairie dogs for free!! Free!  On the prairies. At this store.

Oh look! Here it is! 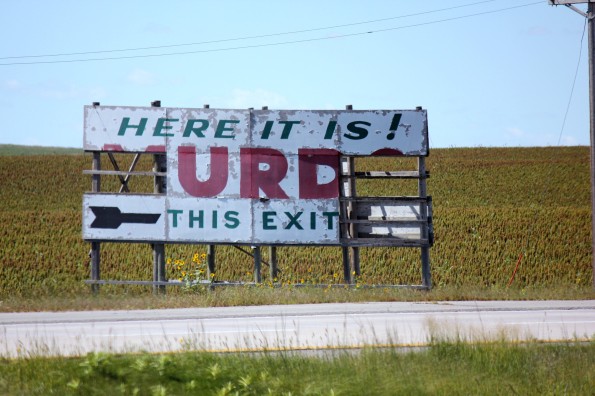 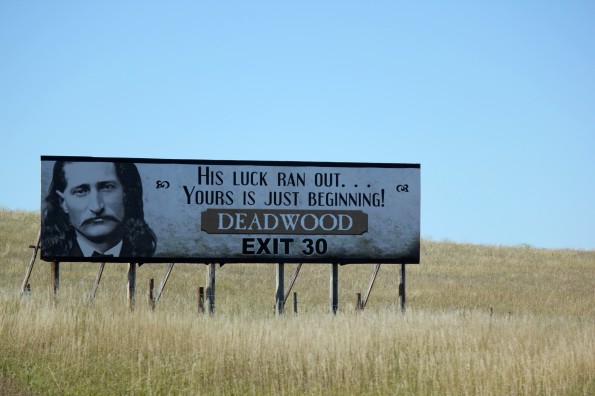 Alright I’m done for the time being.

Don’t worry I have Wall Drug signs too.  But that is a whole different post.

And I mean different.

8 thoughts on “The billboards…the drive continued..”