Yes Virginia, there is a Wall Drug.

Wall Drug was a little drug store in a small dusty town reeling from the Great Depression. Then the pharmacist’s clever wife realized that people were traveling like never before to see the construction and building of Mount Rushmore. So she told her husband to put a sign out on the highway offering people free ice water. It worked like a charm. By the next year they had to hire more than half a dozen people. Today it’s a 76000 square foot roadside attraction.

I adore their billboards. There are dozens and dozens of them.

They’re mostly in the traditional style of the 1930’s. At that time the use of billboards was widespread because of the increasing popularity of the car and family road trips. Advertisers used cartoons and bright colors to portray a sort of happy-go-lucky optimism. Buy this product and you can be happy! (in spite of the Depression). 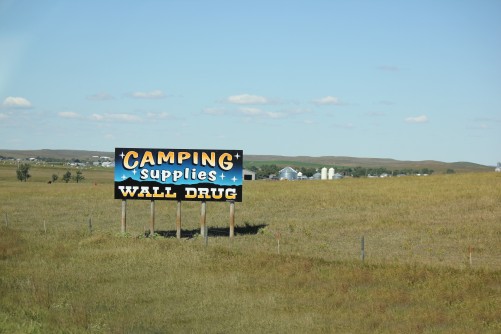 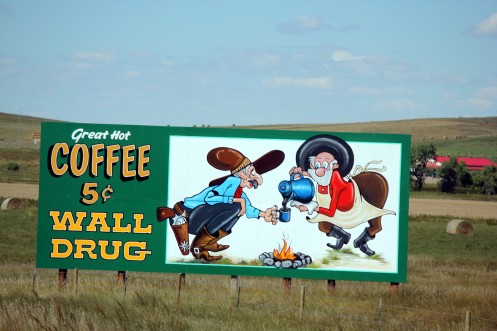 We were getting close to Wall Drug. After so many billboards, hundreds of them, I was expecting a lot.

The store front..and a really crowded parking lot.  That’s understandable though, there’s nowhere else to stop. I’m serious there is no where. 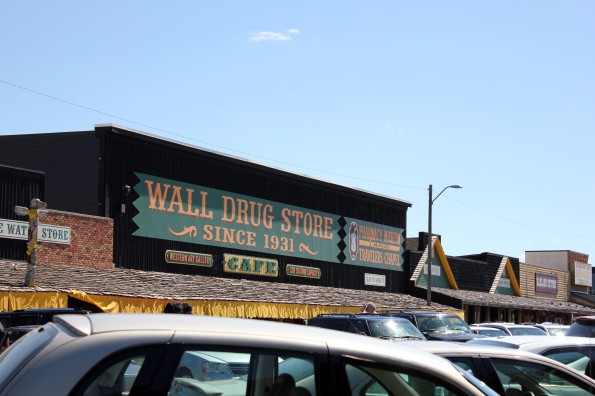 But the store itself is right here, in case you needed to know.

Not a horse (or parking spot) in sight but never mind they’re pretty.

The giant monkey is a little odd. Fun odd but still odd.

I’ve never been serenaded by a giant monkey. 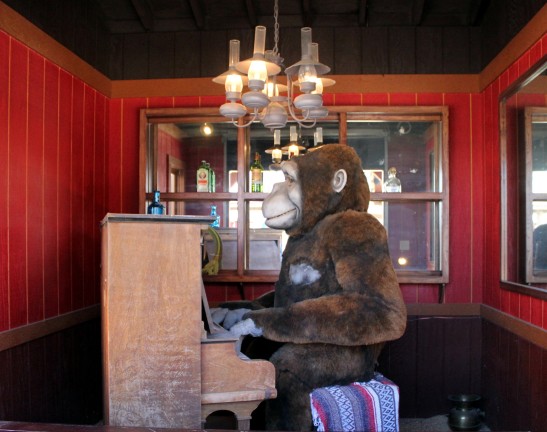 And here is the infamous jackalope 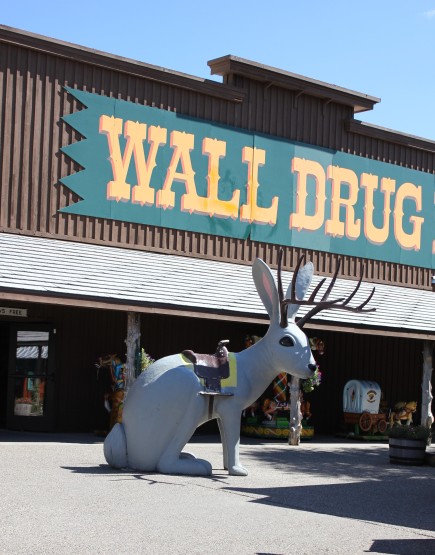 And right near the jackalope is a 6ft bunny that desperately needs a hug.

This buffalo looks like it wants to say something…

I’m thinking he is a little freaked out by all the wooden people.

Or annoyed that they stuffed him but didn’t stuff them.

Or he could just be worried that the statue behind him is ready to poke him in the butt.

This wooden guy is rather noble looking.

I think they meant this lady one as a compliment but she looks a little grumpy.

Maybe she should go give the bunny a hug.

I mean he is flammable but he is also sitting next to the fire extinguisher. 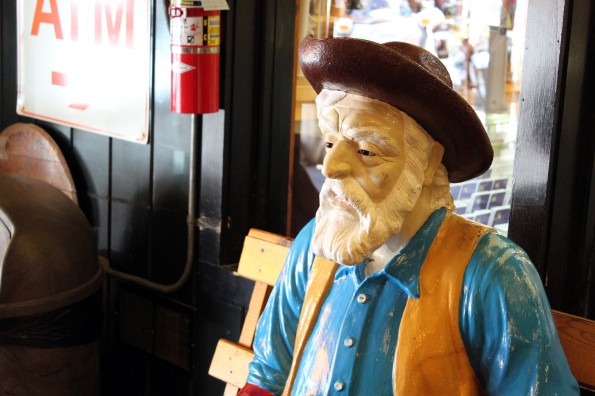 And then it was so interesting. There was a long hallway with a photo gallery.

We were looking at them having a good time when..

And not a damn tree to hide behind anywhere.