What a grumpy looking cardinal! 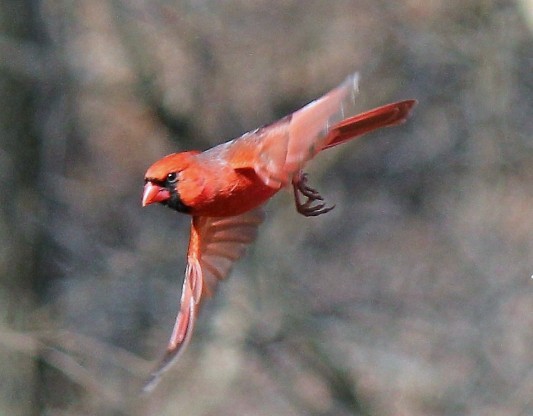 No? Hmmm. I wonder if he’s heard about Zeus’s bird catching abilities.

He doesn’t hurt them. He simply catches them then stands around looking like a fool with wings flapping from both sides of his mouth.The birds freak out of course. Lab spit just isn’t a good cologne during mating season. Normally they prefer Old Spice.

I think he thinks they’re small planes. We live near an airport where many hobby planes are. I quite like them myself especially the old painted bombers. Zeus thinks he can catch them too. No such luck so far though.

He’s been trying to catch this flicker, but he tends to stay up high. He looks like such a soft sweet bird but let me tell you when his suet is out that bird yells his fluffy little head off. 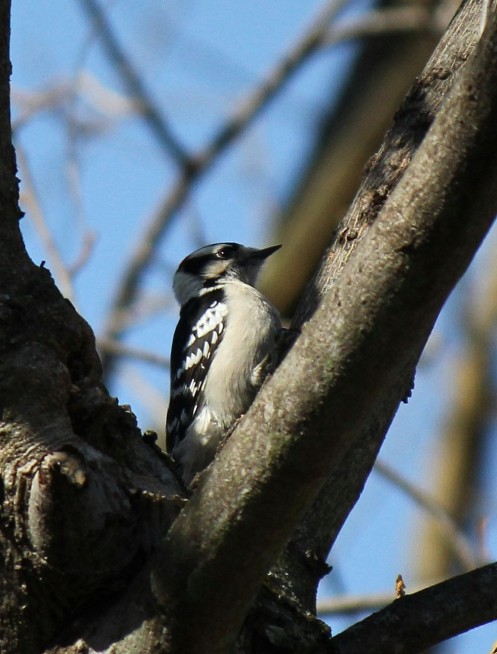 So I told Zeus to stop catching birds. It’s weird.

To which he replied..

In the meantime since my eyes are feeling a bit better I’ve been doing some quick sketch paintings to get back into the swing of things.

This is an acrylic of the sun setting over the Mississippi. It’s 5×7 and I spent about 20 or so minutes on it. It seems to me to be a bit off balance. The positive and negative spaces aren’t doing it for me. I do like the way the blues came out. They’re a combination of prussian blue, violet blue, olive green and naples yellow with a bit of white (all Liquetex brand). 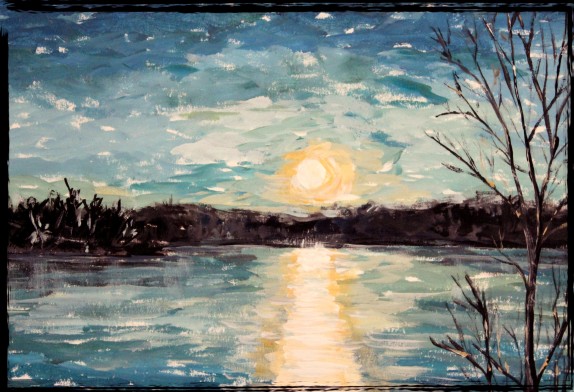 I also did this 8x 10 of my grandmother from a very crumbly photo circa 1920. There were parts of her face that were not distinguishable so I used my sister Yvonne’s face. She’s a cutie with lovely brown cow eyes.

This is also acrylic and I spent about 30 to 40 minutes on it. This is just a quick sketch for a real portrait eventually. I’m not sure why I signed it, I don’t remember doing that. It must just be habit or my mind is going, either way, it’s all good.

I hope you all enjoy your first day of Spring and have some time to get out and smell the crocuses, crocusi? crocs maybe?

Beats me, but enjoy them all the same. 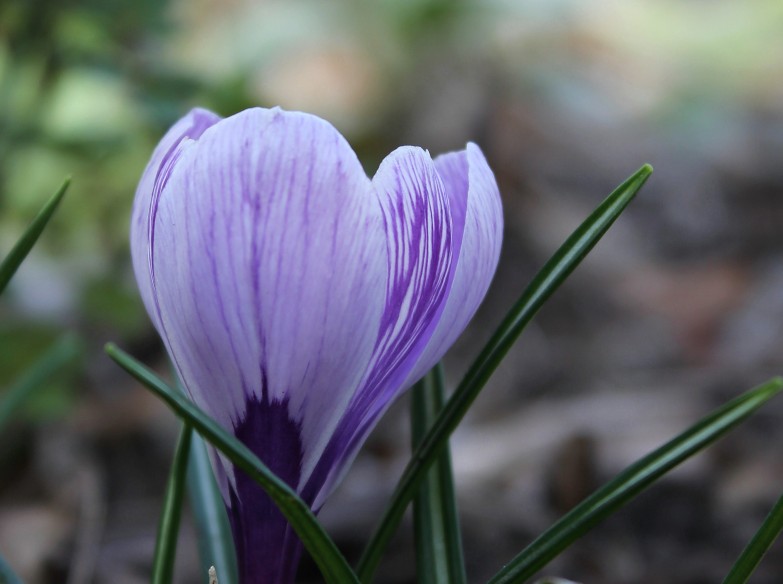 🎶 “One of these things is not like the others…”🎶