It is Shakespeare’s 449th birthday today! It is also my sister Yvonne’s birthday today. And while she’s not quite 449, she is getting close.

In their honor, I’ve decided to share some of my favorite Shakespearean stories with you.

There once was a man from Nantucket

Who fell asleep in a bucket

The tide carried him out

And tossed him all about

Oh dear, that’s not Shakespeare, that sounds more like Yvonne..

My apologies, this one is definitely Shakespeare.

There once was a lord named Macbeth

For the King, he envisioned a death

His lady wandered about

The damned spot did not get out

And Macduff made him take his last breath.

That Shakespeare was a talented guy, Yvonne’s not too bad either (and she makes awesome cookies).

So if you have any spare time today, honor Shakespeare, carry on a conversation with a skull, wander about wringing your hands, be super dramatic on a balcony, cast the the die or dice if you have two, you could even throw on some tights and ruffles if you’d prefer.

Or instead you could honor Yvonne and eat some cookies. I mean really, English lit is wonderful and all but cookies doth be much better! If music be the love of food and all that…

Since Dummy doesn’t have any cookies, he went the Shakespearean route. I can’t figure out if he’s King Lear, Richard, Henry V or what. He seems to have Caesar’s die which doesn’t bode well for a peaceful day. I  had better go make him cookies before he pouts himself right off the stage. He is such a diva. He even stole my little harlequin doll’s pants so he couldn’t make an appearance. I think I’ll heckle him first..

Away, you cut-purse rascal! you filthy bung, away! By this wine, I’ll thrust my knife in your mouldy chaps, an’ you play the saucy cuttle with me. Away, you bottle-ale rascal! you basket-hilt stale juggler, you! More of your conversation would infect my brain.

Okay, now I feel better, I’m off to make cookies. have a good day all! 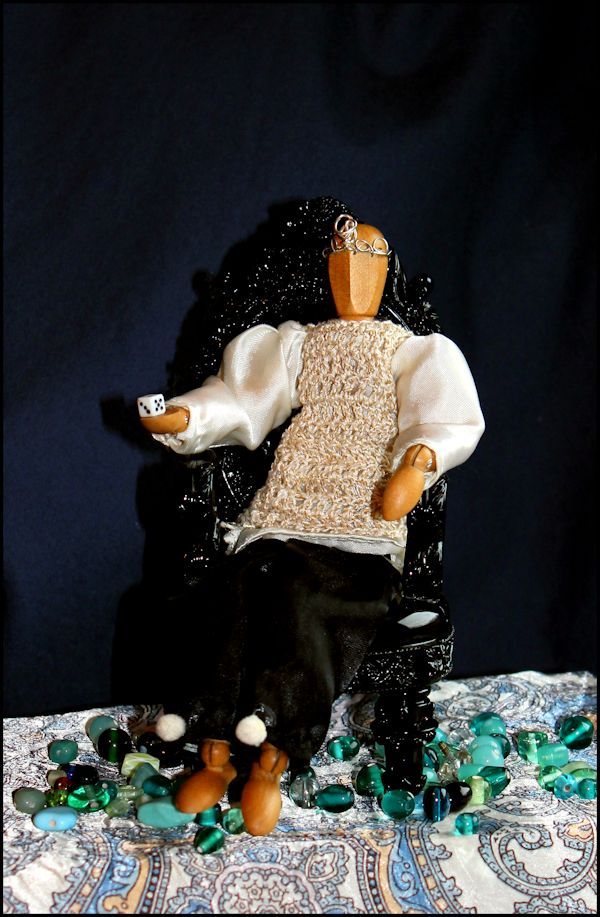